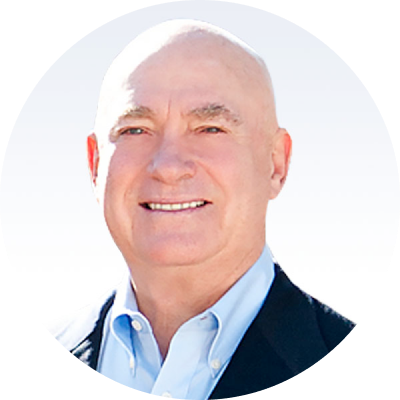 As a young boy, Jerry suffered from severe asthma and allergies. Determined to find relief for her sick son, Jerry's mother began adding quality nutritional products to his daily diet. Supplements in the 1940’s were not as palatable as they are today, so Jerry was forced to take giant, heaping tablespoons of foul tasting nutrition like cod liver oil. It was then that he discovered the profound impact that quality supplements could play in helping restore good health.

Through giving his body the nutrition it needed, allergies and asthma became more of an occasional nuisance triggered by farm animals rather than a constant battle for life. This life changing, probably even life saving experience gave Jerry an unwavering belief in the power of nutritional supplementation. Because of his passion for helping others, Jerry began sharing his powerful testimony with those around him and realised that most people needed a solution to the problems created by nutritional deficiencies.

In his teens, Jerry had a few unsatisfying jobs like selling furniture and tyres, yet the ‘Protestant Work Ethic’ in which he was raised to believe, where more hard work equals more profit, was nonexistent in any job he could find.

But at the age of 19, Jerry discovered Direct Sales through a company selling supplements perfectly aligning with his two passions: business & health. He finally found a business where hard work means more income. He went on to start his own company, also acquiring others like the NeoLife brand, forming what we know today as NeoLife International.

Jerry currently serves as NeoLife’s Executive Chairman of the Board and plays an active role in major capital allocation decisions, speaking engagements and mentoring the next generation of company staff and Distributor leaders.

Jerry has a track record of success as an entrepreneur in the automobile, wine and restaurant industries. He also serves on the boards of Shakey’s USA, Auto Focus Inc and Brassfield Estate Winery.

Jerry lives the #NeoLifestyle by being healthy and active.